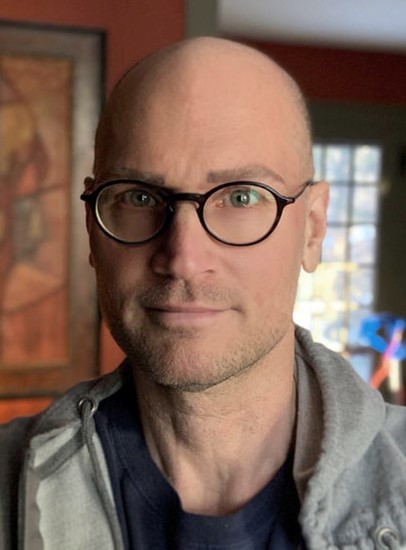 “Working with Augusten was both everything, and nothing I expected.

His incredibly intuitive, non-judgmental approach, presents writing as a kind of elixir–able to address a whole slew of domestic maladies. By removing the performance part of writing, he frees you to celebrate the more honest act of simply putting the conversation in your head down on paper. This leads to a degree of self-reflection that may be the most beautiful therapy you’ll ever receive. I looked forward to many things in our sessions together (including what shoes he would wear), but in the end, I looked forward to me—which was the ultimate gift.”       D.

Augusten Burroughs is the author of the autobiographical works “Running with Scissors,” “Dry,” “Magical Thinking,” “Possible Side Effects” and “A Wolf at the Table,” all of which were New York Times bestsellers. “Running with Scissors” remained on the New York Times bestseller list for over three consecutive years and was made into a Golden Globe-nominated film starring Annette Bening.     Augusten’s latest book is called “Toil & Trouble.”

Both “Running with Scissors” and “Dry” are used in colleges and universities all over America. “Dry” is one of the standard “recovery” books in many treatment centers. His work has been translated into more than 35 languages. He holds an honorary Doctor of Letters from the Savannah College of Art & Design. Augusten has been profiled by newspapers and magazines throughout the world including Time, People, Entertainment Weekly, The New York Times, The Washington Post, The Guardian UK, and countless others. His self-help book, “This is How”, has been adopted by many therapists who use it in practice with their clients.

“…there is nothing I love more than watching somebody transform. The thing
about writing is that it can be the place where people learn not to lie,
where they learn to tell the truth to themselves…where they feel completely
safe because nobody will ever read it.  I believe that the truth is everything.
And sometimes the rock bottom, elemental truth hides behind the thing we
THINK or assume or have been told is true.   The truth can be so obvious we
overlook it.    So simple we dismiss it.   And writing can get a person in touch
with the truth.   Through writing, I hope to help people understand what the truth is,
how to recognize it and why it’s essential for not just emotional health, but excellence. ”